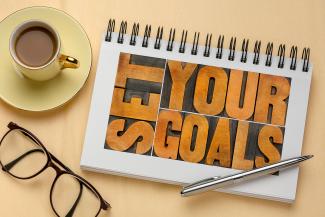 It’s All About Your MVA

Why isn’t my business growing like I want it to? Why has my business plateaued? Why am I working so many hours but not growing my firm? These are several of the questions that I get from some of the financial advisors that I have coached. These advisors have become frustrated that their businesses aren’t succeeding as they want. Although they have been in the business for more than 5 years and have achieved some success, they still want to grow.

When I hear these questions, or comments, I begin to do some probing. I become very curious as to how these advisors spend their time. I am specifically looking to determine what these advisors do on a daily basis.

Examining the financial advisor’s daily activities is usually the key to determining why their growth has stalled.

Over the years, I have learned that successful advisors, who constantly grow their businesses, focus on specific daily activities and keep a scorecard of these activities. I call these their Most Valuable Activities, or MVAs.

An advisor’s MVAs are the absolute key to their success. More importantly, setting MVA goals and keeping a scorecard will ensure success.

Advisors who are new to the business have one set of MVAs to get them to a certain level of success.

The particular MVAs are different for each advisor, but they are specific and very measurable.

Many years ago, I attended a workshop conducted by an extremely successful financial advisor who had several hundred million dollars under management. He spent an hour highlighting the various activities of his business and all the secrets of his success. Then, during the question and answer period, he revealed that he only kept track of one thing in his business.

He tracked how many client and prospect appointments that he held on a face to face basis every year. He said his number was 400. He needed to have at least 400 appointments every year. Most years, he exceeded that figure, but 400 was the minimum number.

His MVA was conducting client appointments, period. As he was only working about 40 weeks per year, he needed to see 10 people per week, an average of 2 per day. He was adamant that his continued success was all centered on his ability to see clients.

Every financial advisor that I talk to agrees that is very achievable. Most tell me that they could see more than two people per day. The funny thing is that most don’t even see an average of one client per day. Or some may have 3 or 4 meetings in a single day, but then go several days without seeing anybody.

If seeing clients is a financial advisor’s most valuable activity, why doesn’t everybody do it?

I hear hundreds of excuses, but the real reason is that most financial advisors aren’t willing to make a commitment to do it, and then stick to it. They let themselves get distracted, and then they end up doing other, less valuable activities. It takes discipline and a deep rooted desire to succeed to focus on your MVAs every single day.

Your own personal MVAs will be dependent on what your goals are for your business and what your role is going to be.

You can only set your MVAs after you have established your specific business goals.

Once you establish your business goals, you must determine the personal MVAs that will result in achieving those goals. Other activities such as research, building portfolios, fixing technology, training staff, service work, paperwork and the myriad of other things that come up, need to be delegated, or be done after completing your MVAs.

If you aren’t achieving the success that you want, or you feel that your firm’s growth has stalled, I suggest that you take a long look at where you spend your time every day.

Have you determined your personal MVAs? If not, then do it!